To keep our employees healthy, most are working from home, but our phones and emails are up and running. We look forward to all being together! 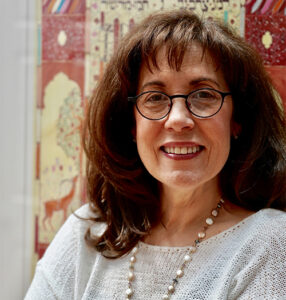 Rabbi Leana Moritt officially arrived as the Rabbi of Temple Beth-El of Jersey City in July of 2018. However, as a congregational leader, teacher and chaplain, she is no stranger to Temple Beth-El or the tri-state area’s Jewish community.

Prior to joining Temple Beth-El, Rabbi Moritt served the Roosevelt Island Jewish Congregation as their part-time rabbi since 2007. There she was known as an engaging teacher of Torah and leader of prayer and chant.

Since 2001, Rabbi Moritt’s work has had a special focus on teaching Judaism to interfaith audiences and adults seeking to spiritually infuse or enter Jewish life.

Notably, Rabbi Moritt was the Director of Jewish Outreach at New York’s venerable 92nd St Y; instructor in the Union for Reform Judaism’s Introduction to Judaism Program; Director and Founder of Thresholds: For the Jewishly Curious; and instructor in the international Melton Adult Education Program. Her students know her for her warmth and ability to transmit a Judaism that is accessible, joyful and traditional yet relevant and modern. Through these and many other teaching venues, Rabbi Moritt has been guiding Jews, interfaith couples, families and Jews by choice toward more meaningful Jewish lives and a deeper understanding of Judaism. Her deep sensitivity to people’s Jewish connections and personal and spiritual needs has earned her the reputation as an expert in the field.

As a trained chaplain, Rabbi Moritt offered pastoral and spiritual care to the homebound elderly for Jewish Federation of Greater MetroWest from 2015 to 2018.

Rabbi Moritt’s work also includes the creation and shaping of ritual. She was awarded the Rabbi Chana Timoner Creative Liturgy award by the Association of Rabbis and Cantors in 2008 for her work on innovative get (Jewish divorce) rituals.

Rabbi Moritt is a CLAL Rabbis Without Borders Rabbinic Fellow. Her other professional associations include the Central Conference of American Rabbis (Reform); OHALAH: The Association of Rabbis for Jewish Renewal; and Neshama: Association of Jewish Chaplains.

A native New Yorker, Rabbi Moritt is a graduate of New York University’s Gallatin Division where she earned a B.A. after earning an A.A.S. in Business Administration.  Following graduation from NYU, she embarked on a successful 10-year career as Director of Production at Arista Records where she oversaw production of albums by many artists, including Whitney Houston, Kenny G, and The Grateful Dead.

Of all her work, she is proudest of the 3 amazing young men who call her Mom. Rabbi Moritt lives in Jersey City with her husband, Rabbi Steven Kushner, and their little dog, Shayna Maidele.

You can reach Rabbi Moritt at rabbimoritt@betheljc.org.

To read a selection of Rabbi Moritt’s sermons and messages, click here.

Thank you for welcoming me so warmly into the Temple Beth El community. I am excited to get 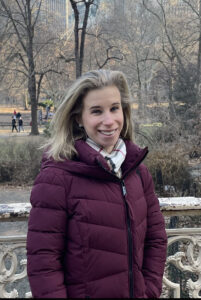 started. I have many ideas I would love to implement and big shoes to fill as Rosa finishes her
time here.

A little about me: I’ve been teaching throughout central New Jersey for the last fifteen years. I
have a Bachelor of Arts degree from Goucher College in Towson, Maryland, where Ivolunteered regularly with the Hillel. After college I worked extensively with local nonprofits while
starting graduate school at Rider University for Early Childhood Education. I am a certified K-12
ESL teacher (English as a Second Language) and I currently teach K-2 ESL in Jersey City. I
grew up in Monmouth County and I taught Hebrew School at Congregation Ohev Shalom in
Marlboro, where I was bat mitzvah’d. Additionally, I taught at Congregation Beth Shalom (Scotch
Plains), Congregation Ahavat Olam (Howell), and Temple Shaari Emeth (Manalapan). I visited
Israel twice and look forward to returning.

Throughout my career, I’ve taught children with special needs, gifted teens, and specialize in
working with second language learners. As some of you know, I initially taught Kitah Bet class
(second grade) the last few months at Temple Beth El. I’ve enjoyed getting to know the children,
their parents, and the staff. I am confident we will make a great team as we move forward. I
want to thank Rabbi Moritt, Rosa, and the board for this amazing opportunity. 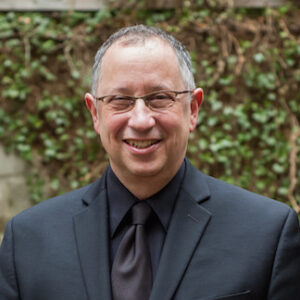 Cantor Jeff Warschauer is a hazzan, educator and highly accomplished musician with a sweet voice and a friendly presence. Ordained by the Jewish Theological Seminary, Jeff has served congregations in NY, NJ, New England, OH and PA. He is also internationally renowned as a klezmer mandolinist and guitarist, as a soulful singer and as a skillful and inspirational educator. One half of the Strauss/Warschauer Duo, he was a long-time member of the Klezmer Conservatory Band, and has performed with Itzhak Perlman, Joel Grey and Theodore Bikel z”l.

He also teaches at Columbia University, and is a Founding Artistic Director of KlezKanada.

Cantor Jeff will be joining us for selected Kabbalat Shabbat and holiday services as well as B’nai Mitzvah services. He will also be tutoring our b’nai mitzvah children. 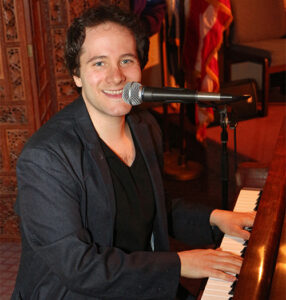 Ben Rauch has been playing piano/organ for Temple Beth-El for over 15 years.  He has been the accompanist for over 10 different cantors, conductor of the professional quartet, music arranger, and was the cantorial soloist for the Rock and Roll Shabbat with a four-piece band. Prior experience was at the Village Temple in NYC and various other Temples around the tri-state area.  He has written over 10 Purim Spiels (shows), which he directed at Sutton Place Synagogue in NYC, where he also taught Tefillah in their Hebrew School.

As a student of Jewish Spirituality in the Torah, he has studied and continues to study through The Kabbalah Center, Hadar, Partners In Torah, Aish Hatorah, Chabbad, Oorah, The Jewish Renewal Movement, The Conservative Movement of America, and The Union For Reform Judaism.  He recently got married in Israel to the most incredibly wonderful and spiritual woman.

Ben is a singer/songwriter/producer/performer whose most recent single, “Stay At Home,” was released during the Covid pandemic, and the proceeds of the song will go to the Frontline Families Fund to benefit the families of frontline workers who died from Covid. The video of the song starred some of the best Broadway performers with whom he has had the pleasure of working with over the years. His previous single, “The Emoji Song,” won an American Songwriting Award, a USA Songwriting Competition Award for “Best Comedy Song”, The Hollywood Songwriting Competition and four Global Music Awards for “Best Male Vocalist,” “Best Lyrics/Songwriter”,” Best Song,” and “Best Music Video.”  It has also won over 18 Best Music Video Awards in film festivals internationally.  As an American Jew, he felt it was traditional for him to write a good Christmas song, and his song, “Jersey Christmas,” was #19 on the charts.  The song was re-recorded, with the Broadway Tour of, “Jersey Boys” for the “Carols For A Cure Album,” which benefits Broadway Cares Equity Fights AIDS.

As an actor, he has been seen on TV in “The Big Bang Theory” and in the movie, “Can You Ever Forgive Me?”  He was also in the movie, “Jersey Boys,” directed by Clint Eastwood, as the keyboardist/singer for the Four Seasons. His TV credits include:  Mr. Robot (USA Network), Girls (HBO), recurring roles on Gossip Girl (CW). 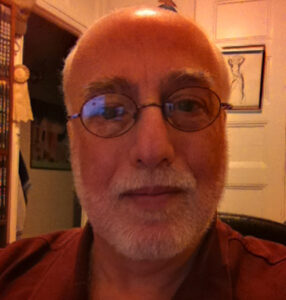 Bob comes to TBE after stints as Administrative Director of Congregation Mt. Sinai (Brooklyn Heights), Executive Director of Temple Am Echad (Lynbrook) and Events/Office Manager for Temple Israel of the City of New York. Prior to that he was an events manager for two private NYC-based alumni clubs. He was also an award-winning editor at DC Comics for a number of years. An active alumnus of Purchase College (SUNY) he has been mounting events for them since the late 20th century and was instrumental in making his cohort the highest percentage of contributors to the College. When he was much younger he attended and was a counselor at the URJ’s Eisner Camp in Gt. Barrington, MA. He has lived happily in Park Slope, Brooklyn with a succession of cats for years and years.

Vadim comes to Temple Beth-El as our Building and Construction manager via Israel and Canada, where he was a Civil Engineer and Team Lead/Manager at Eagle’s Gaze (log homes) Construction in Montreal. Originally from Turkmenistan, he graduated from the school of Architecture and Civil Engineering at the Polytechnic University there. Before emigrating from the FSU, he was a Civil Engineer at Turkmenistan’s Architecture Design Institute and a Kashrut Inspector for the Chief Rabbinate of Russia. There he ensured that the construction/renovation of the kosher catering facilities was carried out in accordance with kashrut laws. Living in Israel, Vadim attained his Civil Engineering diploma and worked as a civil engineer at Spenkrt in Tiberias.