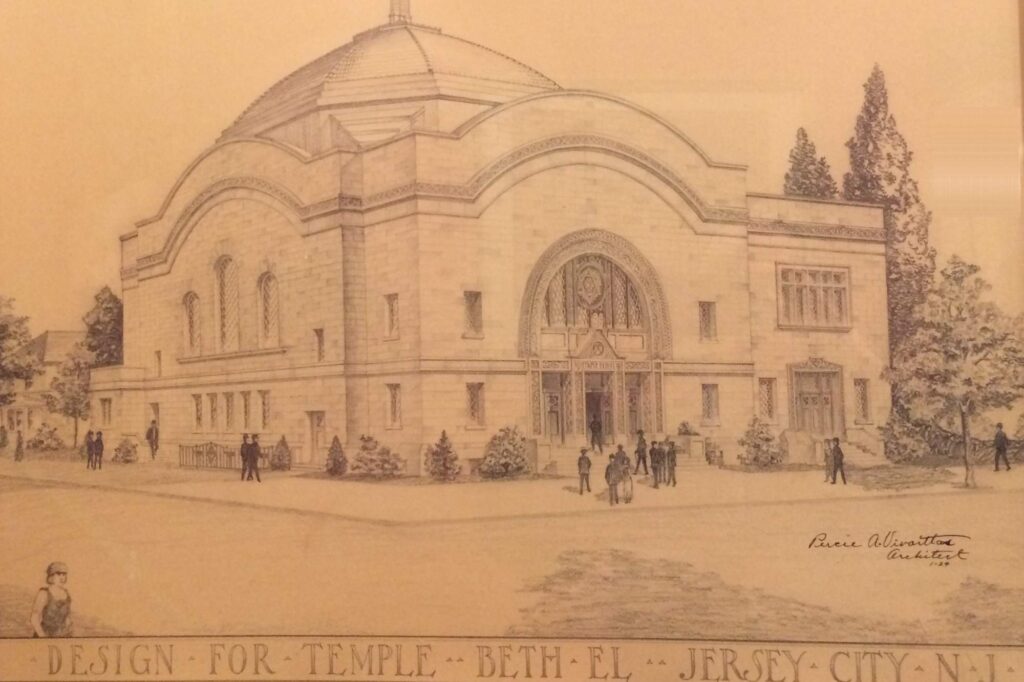 The early days of Temple Beth-El are somewhat lost in the mists of time. Around the time of the end of the Civil War, probably about 1864-65, a group of Jews in Jersey City began to meet in study and prayer. They formalized this community under the name of the Isaac Ephraim Congregation, then Beth Israel Congregation, and finally Temple Beth-El in 1871. 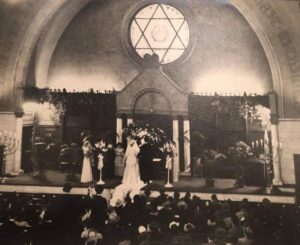 Early records indicate that the young congregation met downtown, at 96 Montgomery Street, or nearby on York Street. Earliest Temple records date back to 1891, where we see planning for the High Holy Days of that year. The Congregation’s liberal roots can be seen throughout, including the resolution that passed overwhelmingly at the Annual Meeting on October 19, 1921, that elected a slate including three women to the Board of Trustees.

In February, 1922, the property at the corner of Harrison Avenue and JF Kennedy Boulevard was purchased. The ground-breaking ceremony took place on June 7, 1925 and the temple was completed in time for the High Holy Day services in 1926. In early September, 1926, the new sanctuary was consecrated. At the inaugural service, the Torahs were carried in solemn procession by the officers and trustees and placed in the beautiful ark. Among the many dignitaries present were Governor A. Harry Moore, Mayor Frank Hague, Rabbi Stephen S. Wise and Rabbi Benjamin Plotkin.

On Rosh Hashanah 2016/5776 we celebrated the 90th anniversary of our current synagogue.

Temple Beth-El has been served by distinguished clergy whose leadership has engaged, consoled and inspired this congregation throughout our 150-year+ history.

We have also been honored to provide student pulpits to Cantorial and Rabbinic students from the HUC-JIR and Cantorial Soloists. Our services are richer for their talents, enthusiasm, energy and for the innovation they bring.